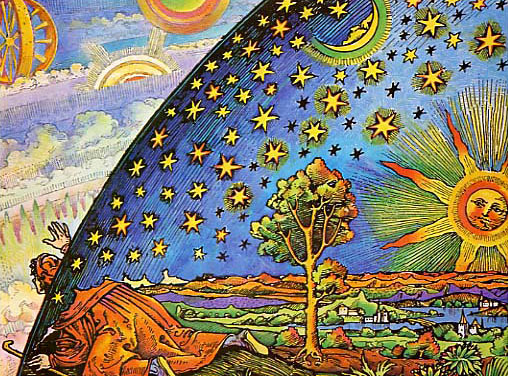 About the foundations of the prediction: prerequisite

The astrological doctrine allows you to predict future events. In the evolution of astrological knowledge, through observation of the starry sky, the orbits of the planets, the Sun and the Moon, a direct link has been set between the“movements of heavens” and the “vicissitudes of human beings on the earth.”

The astronomical motion of the “sphere” that, since the birth of each individual, continues its movement, is related to a change, an alteration which can be interpreted by the astrologer.

The practice of this method, that had been transmitted over the centuries sometimes in a fragmented way, has now been abandoned – at least in the completeness of its constituents -. In a work of recovery of such practice we can notice the great wealth of knowledge and techniques that allowed the prediction of the major events of life.

In Ptolemy’s theory of future times: prorogator, Lord of Nativity

First of all, Ptolemy, in the tenth chapter of the fourth book of the Quadripartite, deals with the ages of man – a general division according to the ages of the celestial bodies – which can be considered a distinction of the biological age of the human being. Then, he declares that: 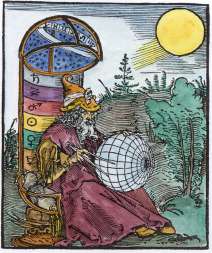 explained general method, which is based on the main prorogator”– the term is aphètes, from aphìemi, which means to let go, to send out, and with the Latin word, prorogator, significator, moderator -.

“The prorogatoris the liable subject as to another star to which it configures in the time immediately following the birth time. The star which is configured is called hypantetor, occursans, promissor, which means “who comes to meet”. This name comes from the fact that it does not move by its own motion, but it is moved by the diurnal motion that leads it to stumble across the prorogator by figure or corporal conjunction. “ (G. Bezza – “Anthology of the ancient astrological thought” – p.1013, 1014).

Later, it indicates the main ways of predictions of future events, the first of which is given by the general division of the ages of the stars; the second way derives from the direction of the 5 prorogator places (Asc, Mc, Sun, Moon, lot of fortune), and all other heavenly bodies; the third way is given by profection (perfectio, profectio, to bring to an end); the fourth way is given by the annual conversion of the Sun (which means the fact that the planets enter the solar revolution).

About motions according to a time principle

The first motion is the motion of the primary directions, but along with this, in a clear hierarchy, there are other motions to 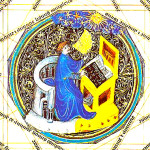 be considered according to a time principle which starts from the “previous causes” and reaches the most remote causes.

In the lives of men, the first time principle is the insemination that is the moment of conception, while the others will deviate more and more.

This is not the place that allows us to go in depth on the subject, but let’s just say that all those principles that are closer in time to the birth are more effective, or more decisive. The other principles depend on them. Thus, the closest one is the motion of the primary direction, since it moves the sphere. The movement of the profection is less close, and it has an intermediate nature which is expressed in arranging events regularly and cyclically, and what is even less close is the revolution of the years (solar revolution). And all those who are farther away depend on those who are closer, in this sequence:

The proposal, as currently many do, to make a revolution of the years starting from the Nativity (that is the Natal chart, geniture, birth horoscope), without considering anything else, means to operate in a non-technical way, since the solar revolution does not depend only on the Nativity, but from the latter and from the profection. The profection (perfection), in its turn, is connected to the direction, and the direction is directly related to the nativity. According to the modern astrology, the transit is the farthest of all, according to a time principle.

Motion of directions: along the circle of the Zodiac, and as regards the diurnal clockwise motion

As far as direction, the motions to be considered are two, one is the motion in the zodiac, and the other one is the motion in the world (diurnal motion or diurnal clockwise motion).
The question would require time and a suitable space. Here, in order to simplify, we can say simply that the “Signifier” imprints a virtue in the zodiac, in the 12 signs, and it gives a virtue in the world, in the 12 houses. These are 2 different virtues that have different motions and occur by different “irradiation”.

It is not a question of giving greater importance to one or other direction, as some astrologers have been debating for some years, since they are both necessary on the basis of the foregoing reasoning.

Primary directions as the upward movement of the Sun

According to classical astrology teachings, the arc of the equator that we calculate in primary directions, and that gives us the arc of direction, brings us to the concept of a degree equal to one year. 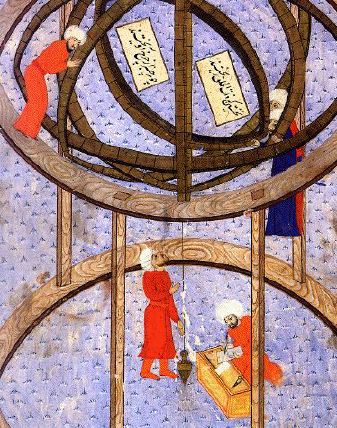 While skipping some steps of the matter, for the sake of brevity, let’s just say that, when Ptolemy speaks of the conversion of the
Sun on the equator, he means calculating the two successive culminations of the Sun at the meridian, considered in terms of right ascension.

The difference between the solar day and sidereal day is almost 4 minutes and after a year it amounts to one day.

The equator revolution, if we saw it in the plane, is the “Primum Mobile revolution” (the celestial sphere) that goes from east to west. While the motions of the stars go from west to east; then, if this equatorial revolution of the Primum Mobile takes place. To this it is added in the meantime the daily step, which is accomplished in the opposite direction, and then this generates a 4 minute difference. This means that when the equator has made the whole revolution, the sun has not yet accomplished its own revolution, and it lacks 4 minutes to do it. Four minutes in relation to a year equals one day.

If we take the example of Saturn that is a degree from the  Sun, and we say that for the motion of direction it reaches the Sun within a year, this means that the degree of the Promisor will continue to do so many diurnal revolutions (daily), and many others will do the degree of the signifier, until, at the end of a year, the difference will be canceled. The same reasoning is valid if we assume that Saturn is at 1° Aries, without latitude and since its temporal hours are 15, in relation to a year, in the diurnal motion it reaches the Sun. With the above said, we can understand that the primary direction measures a “real motion”, not an empty symbol.

On the theory of critical years

Alterations and future changes in the conception of the ancients, were observed and were based on the theory of critical periods (years, months, days, and so on) – on which there is a vast literature and on which were based all judgments -.

The concept of critical years, or climacteric, is founded on the “natural periods of time”: day, month, year; therefore, they

are periods based on rotations of the Sun and the Moon, since those signifiers that have a connection with the same life, the luminaries allow you to judge the state of life.

This theory recalls the idea that in life there are climacteric periods, which are dangerous, which indicate the moments of change or crisis, and that recur every seven years – the same word “climacteric” comes from the Greek word “climax, climacos” or the “stairs” and it recalls the idea of the steps of life -.

Within this concept, a domain on future times is marked by orderly succession of Egyptian boundaries – or terms – . This orderly succession provides that, in the motion of primary direction, in the progress in the degrees of the zodiac signs, there is a domain lasting a number of years and that belong to each one of the five planets, which in this technical sense are called lords of boundaries ordividers. In this distinction of the years the dominion of evil planets marks critical periods that are made more dangerous when there is the passage from the boundary of an evil planet to the boundary of another evil one. These are considered harmful and the significance and severity of the crisis are reinforced when this passage is joining the sign change and a jump, a “exalma” takes place. This takes place between Gemini and Cancer, between Libra and Scorpio and in the Nativities in which Mercury has an evil nature, between Taurus and Gemini; between Leo and Virgo; Sagittarius and Capricorn; between Capricorn and Aquarius.

The “distribution of future times”: Lord of boundaries or Divider and Lord of the rays or Subdivider

Then, the star that launches the ray (the star intervening for the figure, that is, what constitutes its aspect) to the divider (Lord of boundaries) is called Lord of the rays or divider or participant. 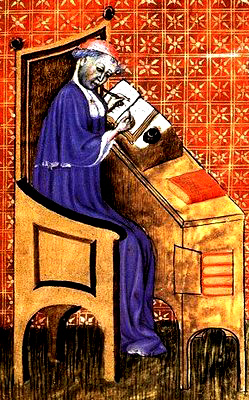 Subdivider and Divider are the terms Albumasar uses (“Of the revolutions of the Nativity” – the third book, 1st chapter) when he lists all the steps from one boundary to another, always starting from the consideration of this pair of stars. Always Albumasar calls with a Persian item “Jarbachtar”, “star that distributes the times”, the divider planet. It is possible to make a list of these dividers covering the entire life span.

So, in the development of this primary motion of the direction figure, we always have a combination where the Lord of boundaries (divider) has the function to dominate, to rule a certain number of years and, according to its appearance in the figures of solar revolutions, it denotes as they will be. The Lord of rays (Subdivider), instead, at his first appearance denotes an event.

The main signifier is the Lord of the degree of the Horoscope (of the ascendant),which in profections (Perfections) has the name of the Lord of the Year, and that has a more significant imprint than the others. Similarly when the space of profection comes where there is a native’s planet, it raises the significance of that planet which in this case has a joint domain with the Lord of profection. The Horoscope division is observed first, as it is a signifier which receives and follows those that are the more general changes happening to the individual, then it follows the observation of all the other dividers that are more important.